The SATOR Square is a latin Palindrome. The keys read the same backwards and forwards, from bottom to top. As a result the SATOR Square evokes a calming sense of order and complete symmetry. The earliest datable square was found in the ruins of Pompeii, that was buried in the ash of Mt. Vesuvius in AD 79 almost 2000 years ago.

Set in used hebrew Keyboard keys from the IBM T20 (KFRK) Notebook Series. The keys were made 2007 in China and printed in Ireland.

The keys used are taken from four Apple A1243 Keyboards which were introduced in 2007 and produced until 2009.

Typographic Detail: Up until the 2000s the letters of Apple keyboards are positioned in the lower left and not in the upper left like most PC keyboards. Instead of an extended upright typeface
with a rather static look, the typeface used here is condensed and cursive which gives the keys a fast appeal (See SATOR Square #11). Later this style was replaced with a rounded upright Futura variant, centered on the key, as you can see here on the A1243. 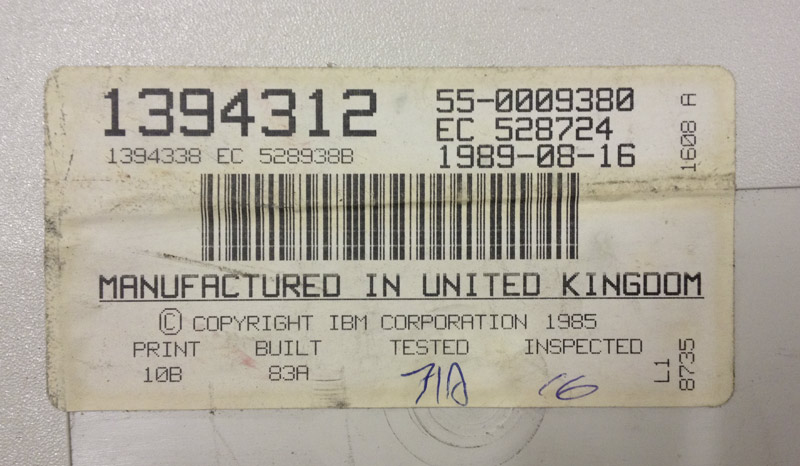 In PCWorld (Jul 8, 2008) Benj Edwards writes about the Model M:
“Stung by the criticism, IBM assembled a ten-person task force to craft a new keyboard, according to David Bradley, a member of that task force and of the 5150’s design team. Their resulting 101-key design, 1984’s Model M, became the undisputed bellwether for the computer industry, with a layout that dominates desktops to this day. As we peek under the hood of this legend, you’ll soon see why many consider the Model M to be the greatest keyboard of all time.”